Two weekends ago future Mr. Mammoth and I drug ourselves out of bed really early and headed halfway across the state to set up my shop at the summer Shadow Art Fair in Ypsilanti. This was my second time at this show, having done the winter version of it in 2009, and it is totally one of the best Michigan shows to vend at. It's held at the Corner Brewery, which is the official pub for Arbor Brewing Company beers, so they have tasty beverages and really friendly staff. The best part, though is the seemingly endless stream of really awesome customers.

I sold my last shark to this little guy who then spent the rest of the afternoon running around the show making chomping sounds. If he can't make you smile, there's probably no hope for you. 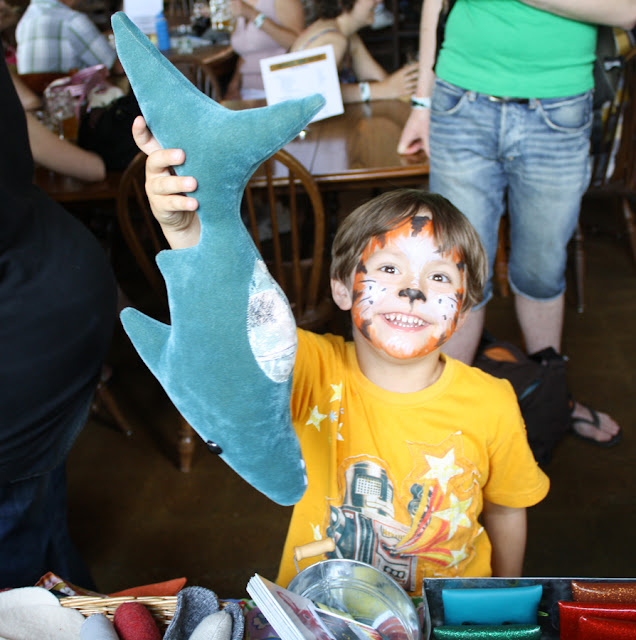 I was slightly devastated when my first ever purple hippo walked out the door, but apparently this guys mom LOVES hippos more than anything, and has a huge collection, so I figure First Hippo Ever is going to a good home where he will have lots of other hippo friends to play with. 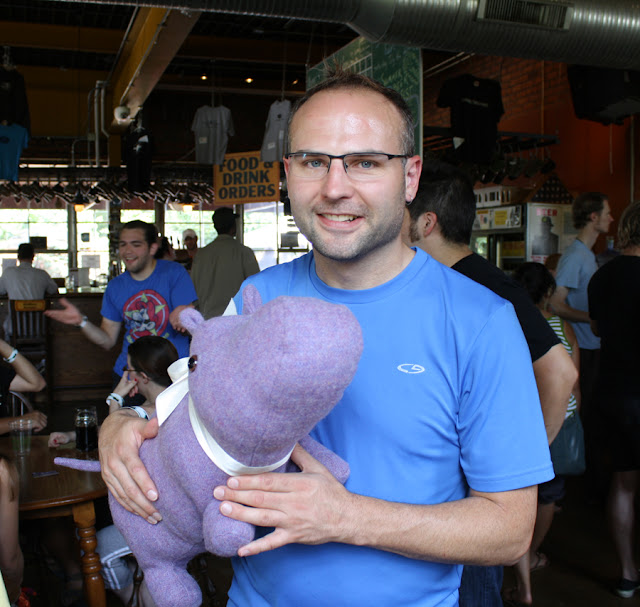 When we first bought our house, it was the middle of winter, and my studio space upstairs needed a huge amount of work and custom built-ins before it was going to be ready for use. Unfortunately my dad who did the woodwork for me, had to wait until spring to set up his wood shop in the garage. It meant that I went about four months without sewing or producing anything new for the Woolly Mammoth line. I figured it was a long shot when I applied for SAF, since they don't usually allow repeat vendors. I had a bit of panic when I got my acceptance notice a month and a half before the show and had no product, but I think in the end I managed to put together a pretty decent amount of stuff (which I then sold almost all of and am back to square one. sigh.)

Future Mr. Mammoth, awesome as he is, helped me scramble to get read the night before the show, and assembled all of my bitty bunting necklaces. I'm not entirely sure how I ever survived without him! 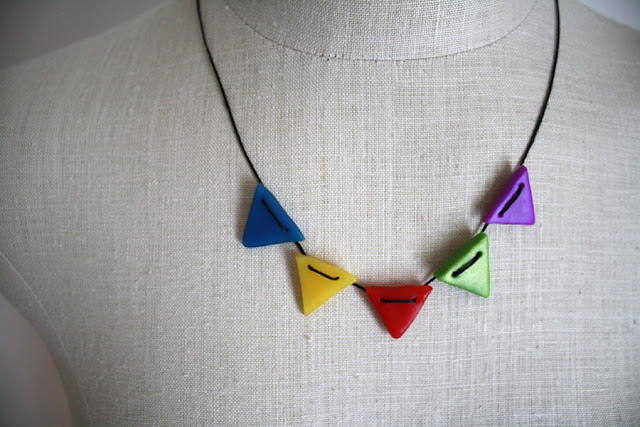 Probably the best BEST part of the whole day was when a girl came up to the booth to tell me that her brother had given her one of my monster change purses for christmas, and that they had loved it so much they made their own blog out of it. Awesome.
Posted by Ms. mammoth at 1:45 PM No comments: